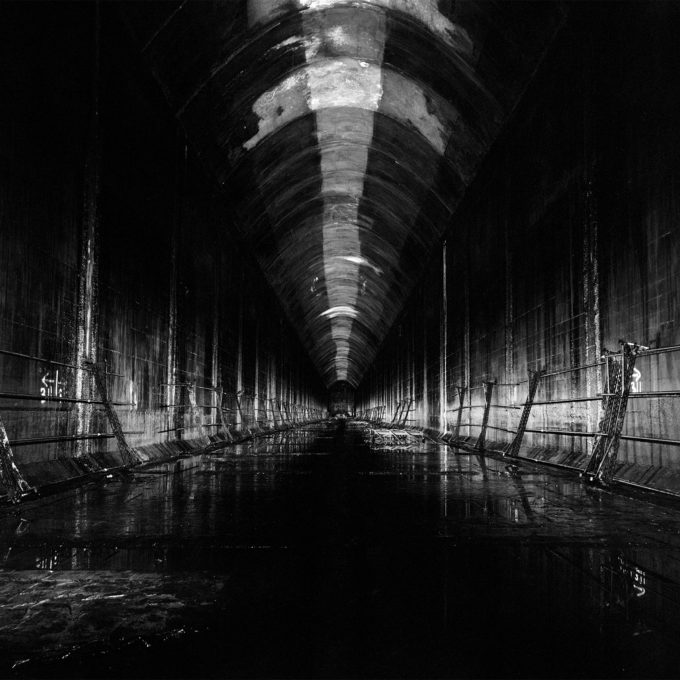 This documentary follows film photographers Simon Riddell and David Allen as they try to turn an underground WWII oil storage facility in the Scottish Highlands into what may be the world’s largest darkroom. The once top-secret Inchindown storage facility comprises six fuel storage tanks and two access tunnels. When the facility was built in 1938 it was the largest underground man-built structure. Each tank measures 237 meters long, 9 meters wide, and 13.5 meters high.

Simon and Dave use a large format camera (4”x5”) to make a single negative of one of the six tanks. Their concept was to take a single photo, process it, and print it on location. This involved turning one of the access tunnels into a darkroom, and using the same camera used to create the negative as an enlarger. This project also involved the two photographers sleeping in the tunnels overnight until they could come out with a 120cm gelatin silver fiber print. Tired, overcoming obstacle after obstacle, in a less-than-ideal location for darkroom printing, Simon and Dave wondered if this whole thing was a bad decision.

One Shot: Inchindown features a music score by Inchindown local Lucie Treacher, as well as sound effects captured on-location by sound space acoustic researchers and architects Mathias Klenner and Sophia Balbontin from Chile. It also features the only comprehensive tour of the facility ever filmed.

Simon Riddell and Dave Allen join us for a Q&A at 7pm ahead of the screening at 7.30pm.